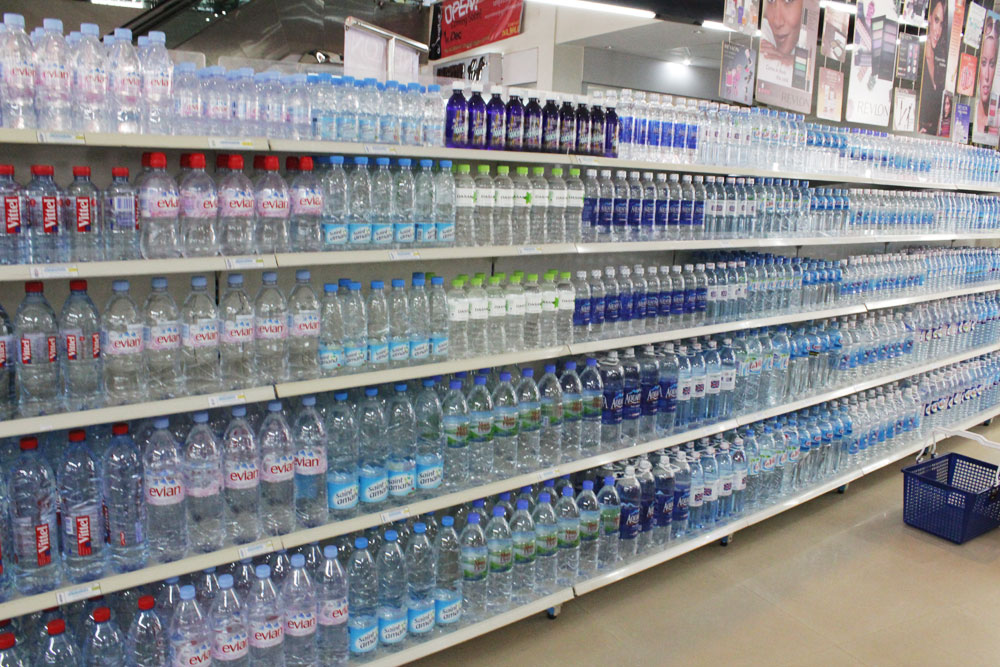 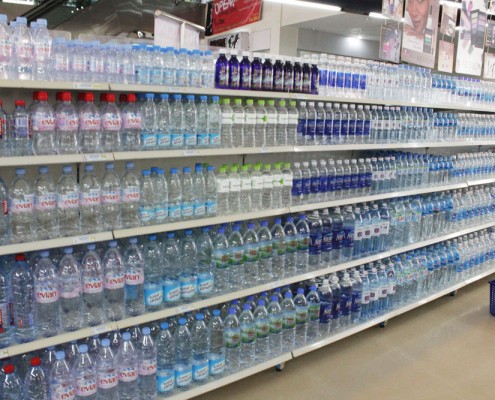 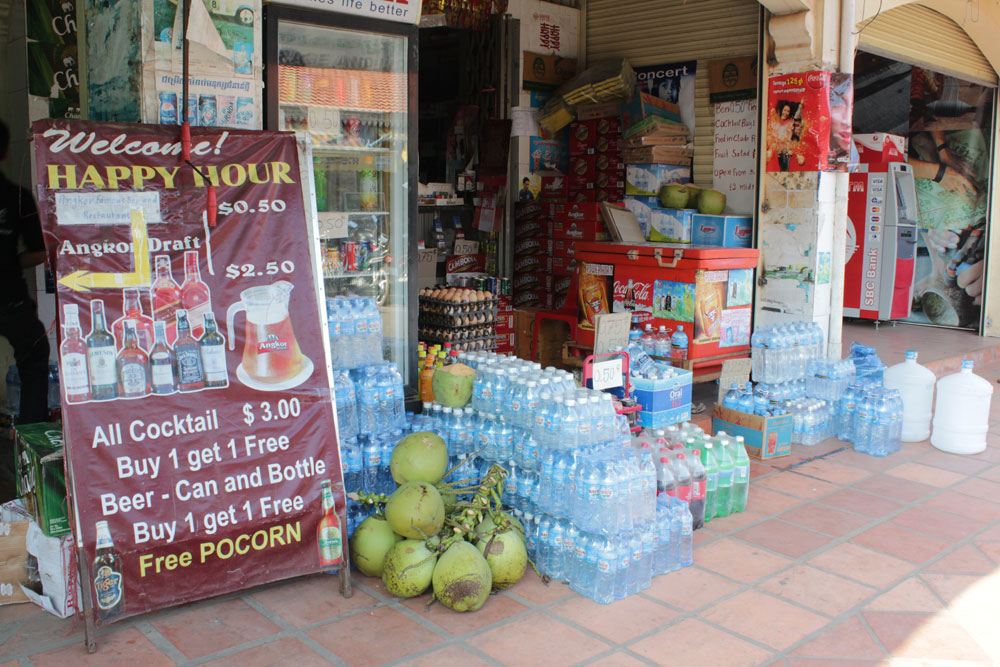 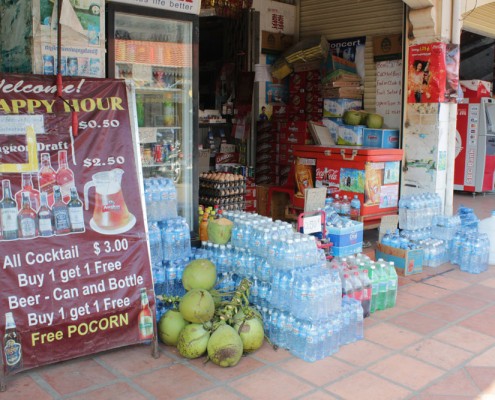 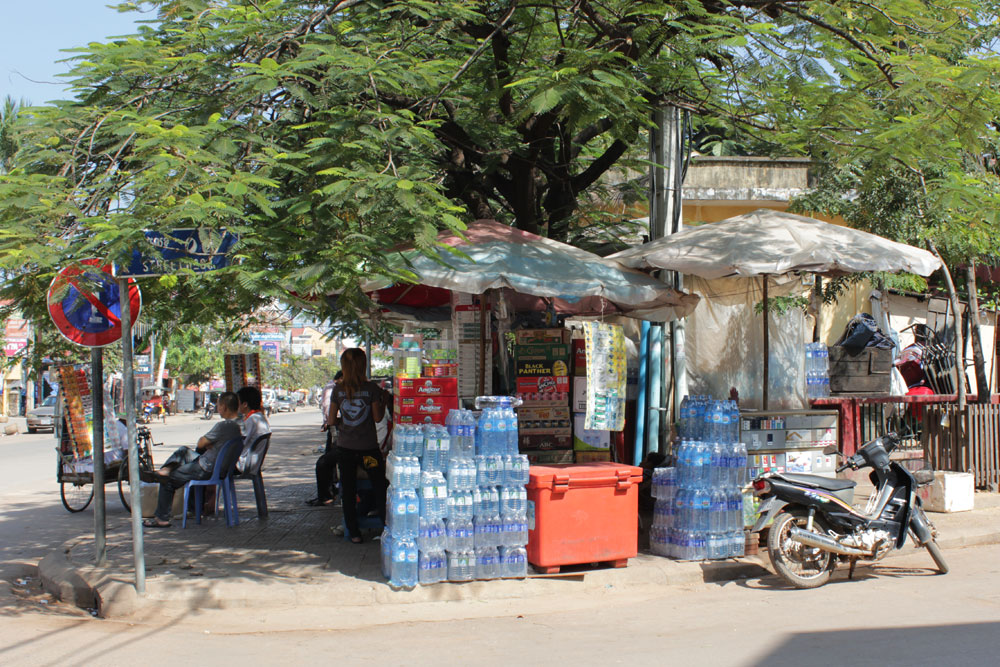 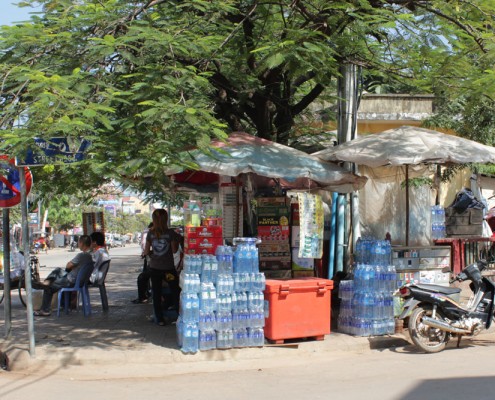 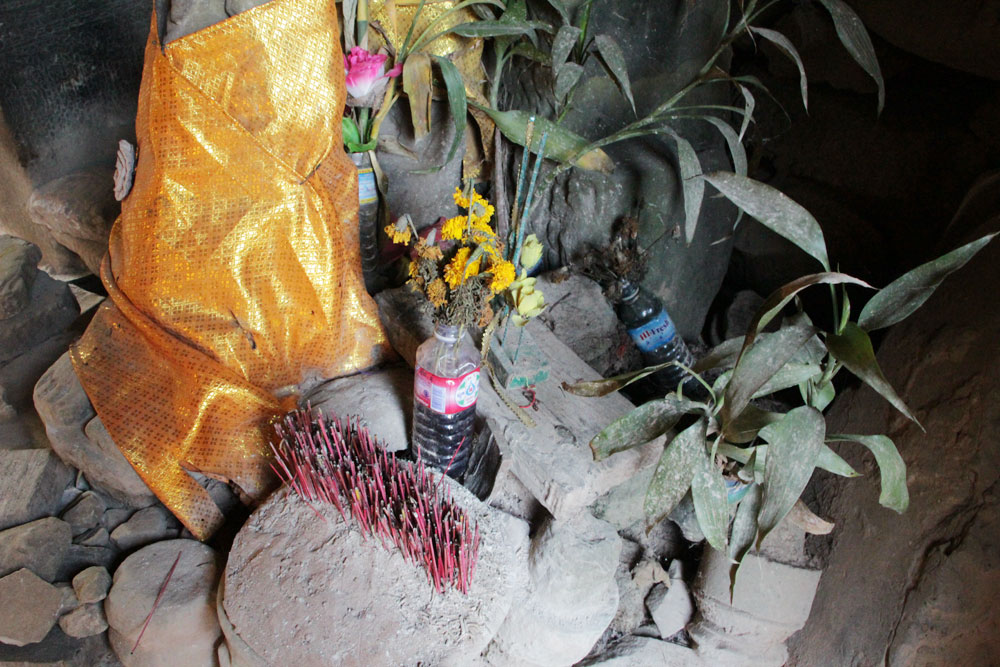 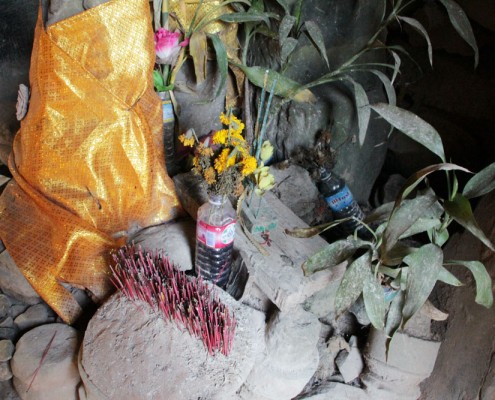 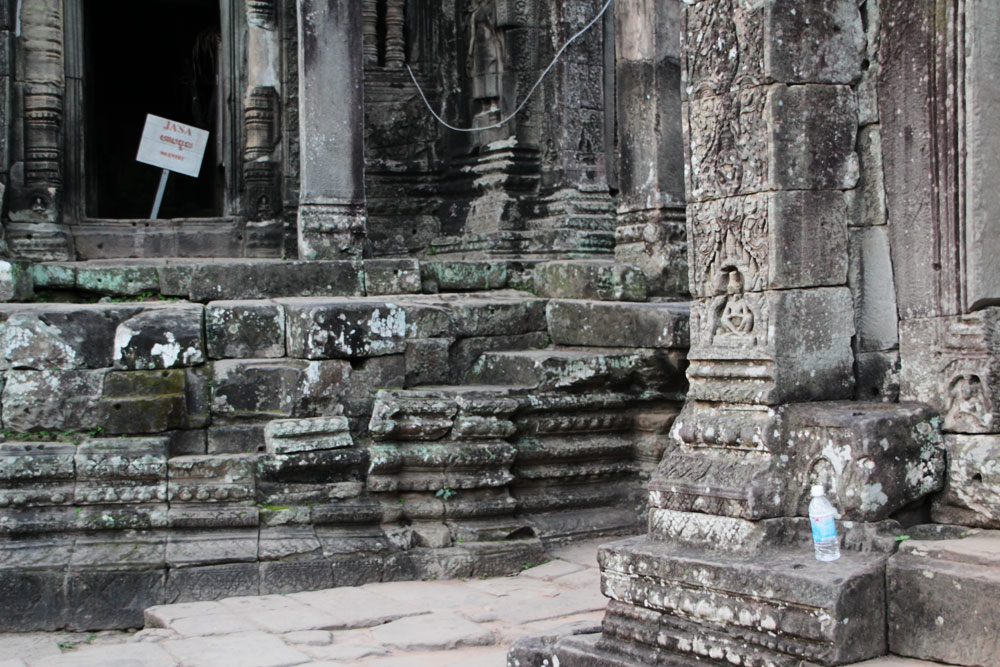 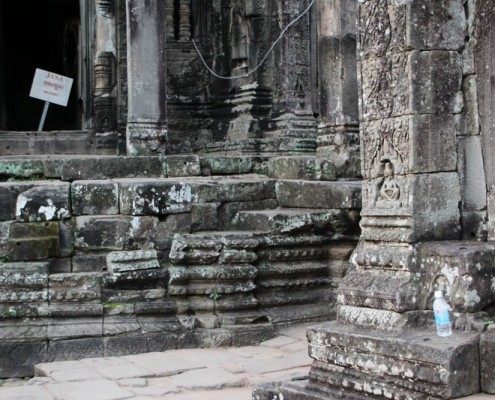 During a trip to Cambodia in November 2011, I became captivated by the tremendous increase in the sale of plastic water bottles and by the proliferation of unique Cambodian-style labeling displayed on the packaging.

Walking through the town of Siem Reap, whether along a main street or on an unpaved side way, plastic water bottles seemed to have achieved a ubiquitous presence in the visual landscape: stacked up in the sun by roadside stands advertising rice and cheap cigarettes; sold in upscale, air-conditioned markets geared toward tourists; discarded in trash heaps that slowly flow down river; collected by children wielding wheelbarrows through the center of town at night; used as flower vases in religious offerings; or tossed aside by tourists at the grounds of the world-famous temple complex and UNESCO World Heritage site, Angkor Wat.

Taking a closer look at the labels themselves revealed further complexity. Although the predictable multinational brands such as Dasani (produced by Coca-Cola) and Aquafina (produced by Pepsi) were to be seen, there also were a multitude of local/regional companies who entered the fray with their own “Cambodian” water products. Bottles with Angkor-related names such as “Angkor Fresh Water”, “Bayon”, “Baray Mebonn” and “Preah Vihear” could be found in abundance, but so were ones with monikers that aimed for a more explicit Western connection, such as “Eurotech”, “Cute”, “Steve” and “Maxy Life: The Trusted Brand”.

In both English and Khmer, promotional messaging displayed on the bottles frequently defined the products in terms of their technological (and therefore supposed health) benefits: “Purified by reverse osmosis”, “UV and ozone treated”, “Produced by world qualified technology”, “Enhanced by Japanese technology” and other similar messages commonly appeared on labels. In this, the products’ marketing trended toward the pathologization of non-bottled water (filtered or otherwise), as well as a medicalization of bottled water as such, (“High quality is your health”, reads one).

Herein, however, lay a distinct irony. Contrary to the benefits advertised at the time, in fact the majority of bottled water companies in Cambodia had failed to meet minimum production quality standards. In 2008, fewer than 20% of the then-existing 130 bottled water companies were found to be in accordance with criteria established by the Cambodian Ministry of Industry, Mines and Energy. Significantly, this was in the context of a bottled water industry that was (and is still) booming. In 2010 alone, for instance, sales of the Dasani brand reached $40 to $50 million USD in Cambodia, an increase of nearly 30% from the previous year. Bottled water is big business. And, it should be noted, this makes the industry a political player — one actively pursuing options to secure control of local water resources, as well as lobbying to ensure conditions favorable to its own future growth.

In sum, the water bottles I saw in Cambodia were not simply water bottles. They were, simultaneously, manifestations of a marketing strategy, a health hazard, a health benefit, environmental pollutants, an expression of cultural values, a status symbol, an economic cash cow, the locus of power struggle, and an object/concept that has moved across continents, both mirroring and embodying different meanings in the process.